The Site and its Surroundings

The proposed Masterplan relates to a site known as ‘North of Lowestoft Garden Village’. Its spatial extent is outlined by the red line on the Location Plan below. 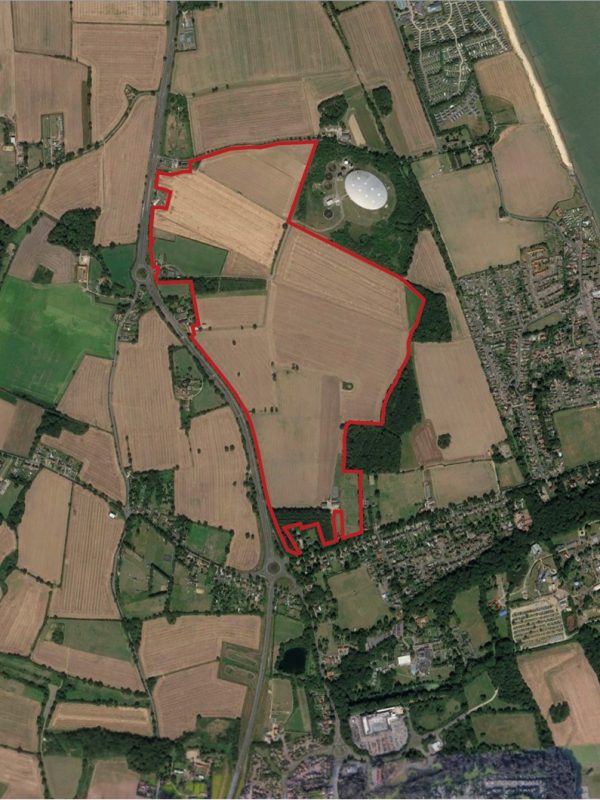 The site currently itself comprises of 71 hectares of land to the east of the A47: Yarmouth Road (formerly the A12), and to the west of the village of Corton. The northern extent of the site is marked by Stirrups Lane, and the Anglian Water Services water treatment complex which adjoins the site to the north-east.

The immediate context of the site to the north of Lowestoft is a rich landscape of arable farmland, a network of villages to the north, east and west, and a strong presence of the tourism sector given the proximity of the area to the coast and the associated facilities for visitors to the area, including those at nearby Corton, and Hopton-on-Sea, further to the north.

back to Exhibition homepage